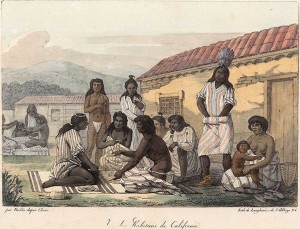 Introduction: This lab exercise will entail the use of the Huntington Library’s Early California Population Project database located at the Huntington website. Please be prepared to consider the place of ethnicity, gender, age, religion, mortality, and class pertaining to Native Californians of the Mission era. You are to select a specific mission and demographic sample sufficient to assessing the aforementioned variables at said mission. One of the outcomes of this exercise will be to consider the value of data sets, sampling, and statistics in attempting to understand early California history. The historic periods to be considered in this instance are as follows:

You will learn about the fundamental procedures used by historical demographers or “census takers” to collect information from the mission registers. In addition, you will consider such approaches as “sampling strategies,” “frequency seriation,” and “socio-cultural assessment” used by archaeologists to group materials of known age with those of unknown age.

Part I: Please be prepared to collect the following information from the Early California Population
Project database:

Part II: Having collected the aforementioned data from the Early California Population Project database, you are to consider the following questions in thinking about the information collected. Questions are based on Barber (1994: 210) Doing Historical Archaeology: Exercises Using Documentary, Oral, and Material Evidence, Prentice-Hall.

1. Which groups appear with the greatest frequency in your sample? For example, such groups may be discerned from such variables as age, ethnicity, gender, date of death, or class standing based on the relative occurrence in the results of the search.

2. Does the Early California Population Project database provide sufficient demographic data so as to interpret and discern a spike in relative mortality at any given missions?

3. Why might one ethnic or tribal group exhibit a higher mortality rate than another, particularly in terms of infant mortality?

4. Did you discern variations in life expectancy between the sexes, particularly as contrasted for men and women from diverse ethnic or tribal groups?

5. Which California missions would appear to have offered a greater abundance of fictive kin or
compadrazgo options?

6. Based on the information that you collected and the observations that you made, what can you say with some level of assurance about the population of the Native Californians of the mission or missions under study?

8. Do you feel that the demographic data collected provides a reasonable representation of the population characteristics of those Native Californians identified with the California missions?